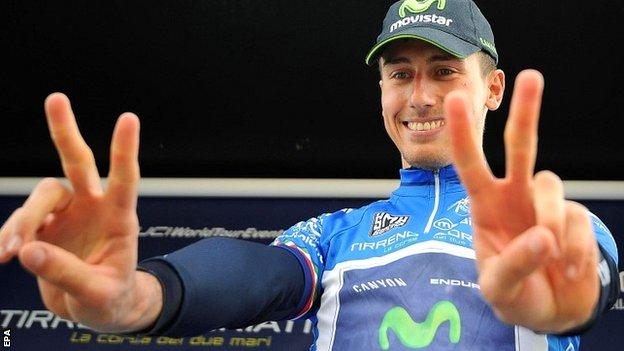 The 3.4-mile route in Lido di Camaiore, Italy was reduced by 10 miles because of debris on the road after high winds.

Malori won in six minutes, four seconds to beat Cancellara by one second.

Steven Cummings was the best Briton as he finished eighth, six seconds behind the winner and Mark Cavendish was 12 seconds off the leader's pace.

This year's race was set to be the first time that four riders with 10 Grand Tour wins between them have competed together in a World Tour stage race.

But 2013 Tour de France champion Chris Froome withdrew on Monday because of a chest infection.

The 50th edition of the race across central Italy ends on 17 March with another individual time trial.