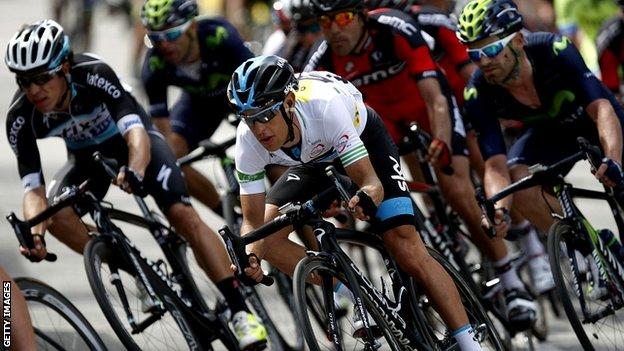 Australia's Richie Porte continued his fine early season form with victory at the Volta a Catalunya on Sunday.

The Team Sky rider followed up his Paris-Nice win earlier this month by clinching overall victory in Barcelona.

The decisive moment in the week had come on stage four when Porte impressed on the summit finish at La Molina.

"It's unbelievable to be honest," Porte told Team Sky. "It's capped off a pretty awesome start to the season.

"I'll go home to Monaco and have a good week to rest, not do too much on the bike, and spend time with my fiancée.

"Then it's into training camp and Trentino. We've got a good little run-up to the Giro so we can hopefully hit that in top form. I'm quite confident now that I can go there and fight for the podium."