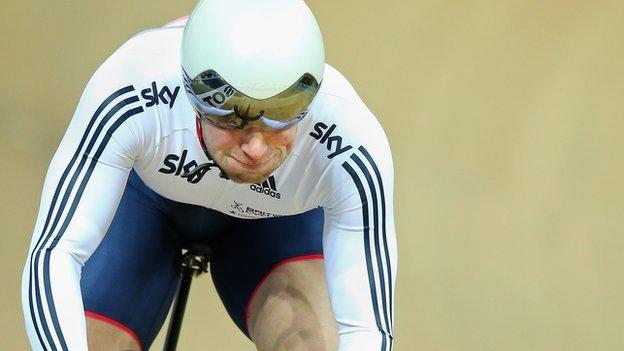 Mark Cavendish is fourth halfway through the omnium after second places in the scratch and elimination races and a 16th in the individual pursuit.

The Manxman, who is yet to win an Olympic cycling medal, is aiming to qualify for the track cycling team at the Rio Games in August but faces stiff competition from Ed Clancy and Jon Dibben for the omnium place.