Philippe Gilbert has posted a picture of severe swelling around his broken knee cap following a race-ending crash at stage 16 of the Tour de France.

Gilbert suffered a heavy fall on the descent of the Col de Portet-d'Aspet, where Fabio Casartelli crashed and died during the 1995 Tour.

The 36-year-old Belgian locked up on a left-hand bend and flipped over a low stone wall into a ravine.

However, he climbed out and rode a further 60km to complete the stage.

Gilbert has since been ruled out of resuming the Tour after a scan revealed he had sustained a fractured kneecap in the crash. 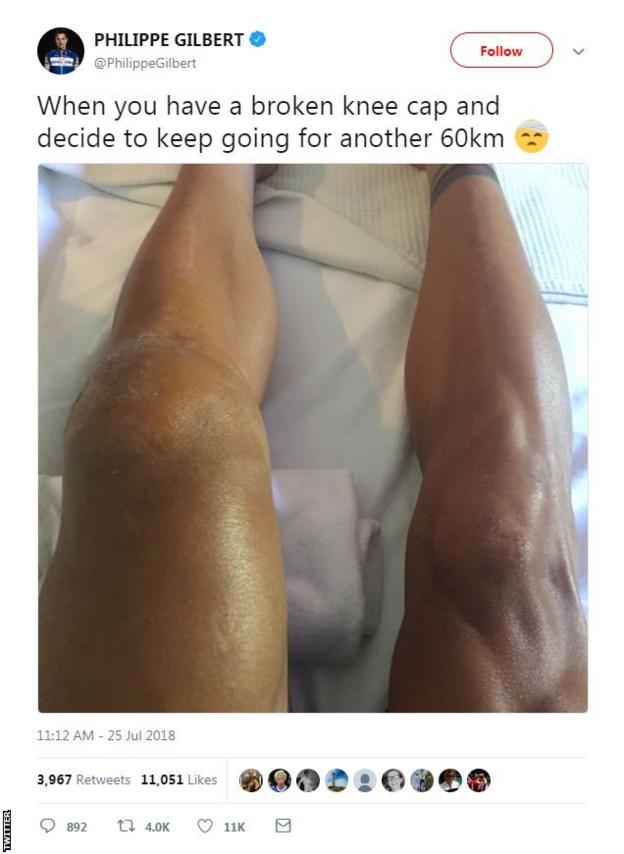