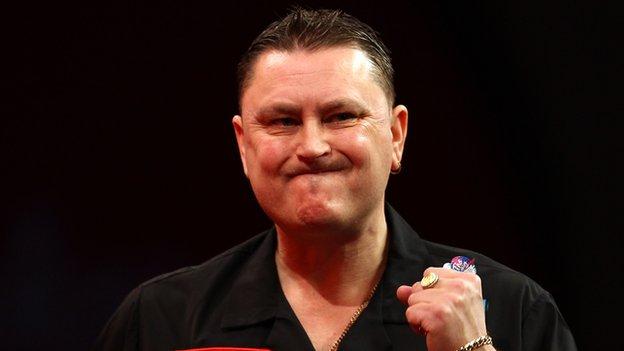 Kevin Painter says he is thrilled to be taking part in the Premier League of darts ahead of his debut in the competition on Thursday.

Painter, from Daventry, and Andy Hamilton are the two wildcards joining the top six in the world.

"To be recognised as one of the eight best players in the world on form is a great achievement," Painter told BBC Radio Northampton.

"There were several other players who had a shout so I'm really pleased."

He added: "I like to think that when I'm up on stage I put on a decent show in front of seven or eight thousand people. People don't won't to be bored, they want players to play up to the crowd."

The action starts at the Manchester Arena and Painter begins against reigning champion Gary Anderson, who beat Lewis in the final to win the Premier League last year.

"This is the cream of the crop of darts players. There's no hiding place.

"It's not nice if you're struggling but it's the greatest place in the world if you're winning.

"To be in the Premier League is what all the players want," he concluded.

The eight players meet each other twice in the group stages, with the top four moving on to the play-offs at the O2 Arena on 17 May.