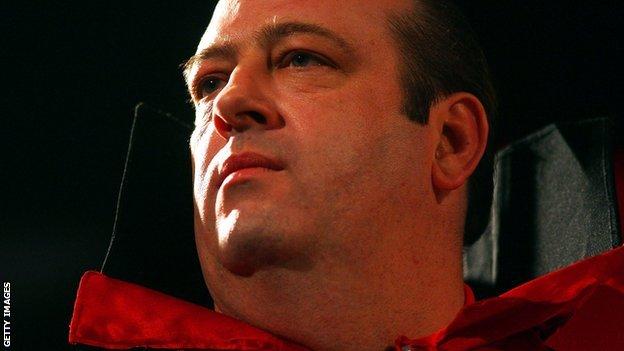 The organiser of the Isle of Man's 27th International Darts Festival has predicted an exciting competition despite the loss of Ted Hankey.

The 44-year-old will not be back to defend the title he won last year by beating Dutchman Ron Meulenkamp 4-1.

It follows his decision to switch from the British Darts Organisation to the Professional Darts Corporation.

"Ted has moved on but we have a really outstanding entry for the competition this year," organiser Led France said.

"The likes of Martin Adams and Trina Gulliver will be out to gain vital BDO ranking points."

The festival will take place from 9-11 March and has attracted another record entry with more than 500 men and 128 women registered.

England's Deta Hedman will attempt to win a sixth ladies title after claiming a record-making fifth success 12 months ago.

More than 1,000 darts players and fans are expected on the island for the event.

France continued: "We have received entries from all over the world for the competition. We've got players coming from Holland, Poland Russia, America and all over the British Isles."

Colin Tyrer will lead the local challenge after qualifying for last year's finals with a string of impressive wins.