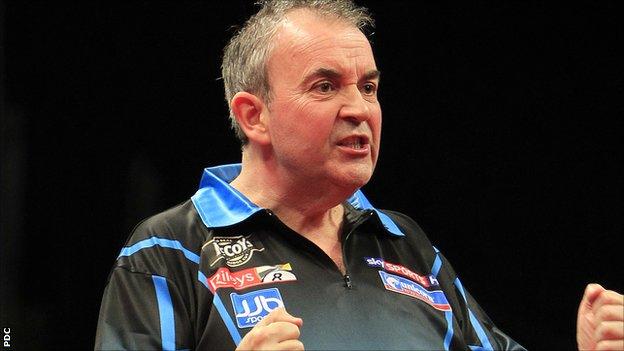 "It feels fantastic to be the Premier League champion again," said Taylor.

Whitlock had earlier hit a nine-dart finish in his last-four win over Andy Hamilton, while Taylor beat James Wade to progress to the final.

"The semi-final took a lot of out me because, for some reason, I was nervous and it was a real battle against James.

"Simon had put in a huge effort too in his game and maybe that showed in the final.

"Simon came back brilliantly but I think that used up a lot of his energy. Even when he got level (at 7-7) I knew that I had the throw and just had to keep myself steady. Thankfully, I came through."