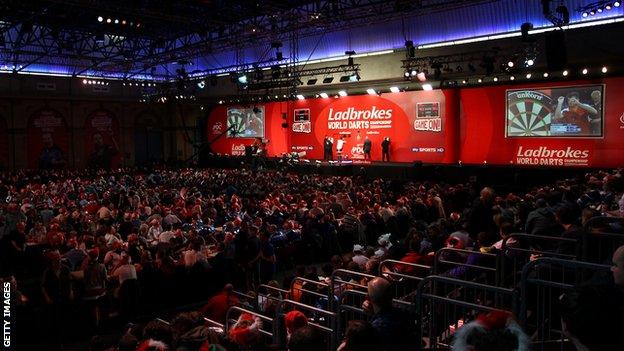 Alexandra Palace will host the PDC World Championship for the next three years after the venue extended its contract with the organisation.

The north London venue has hosted the tournament since 2008.

PDC chairman Barry Hearn said: "The tournament has continued to grow significantly in the past five years.

"Alexandra Palace has become a great home for the event. The atmosphere is incredible and there is no better arena in the sport of darts."

Duncan Wilson, the chief executive of Alexandra Palace, added: "This three-year partnership deal is a testament to the character and quality of Ally Pally as an events venue.

"We look forward to welcoming international darts stars and supporters alike to enjoy all that Alexandra Palace has to offer."