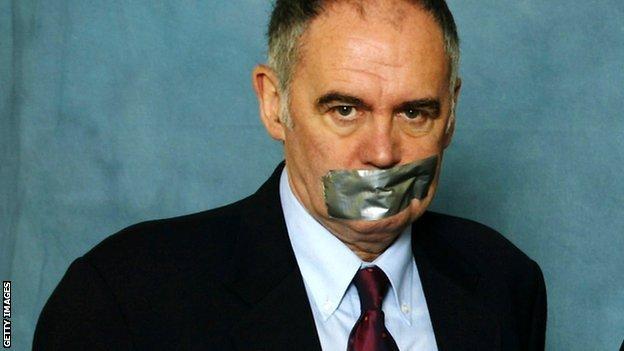 Sid Waddell, who has died aged 72, was widely known as the "voice of darts".

But as Waddell would repeatedly prove throughout his life, he was so much more than that.

His linguistic capabilities captured the attention and affection of the viewing public, his tongue-twisting extended metaphors helping to attract a new audience for his great sporting passion: darts.

The excitable analyst with the voice evoking the Tyne helped popularise the sport upon which he made his livelihood.

Waddell, born in Alnwick in 1940 to a miner father and cleaner mother, attained a scholarship and read modern history at St John's College, Cambridge.

Darts captivated Waddell to such an extent that he organised the first inter-college championships at university.

Following graduation, he joined Yorkshire Television and brought darts into the homes of millions through his creation of The Indoor League programme.

Soon after, he found himself manning the microphone to cover the sport following the inception of the World Professional Darts Championships in 1978.

A 16-year BBC career covering darts followed. Then a switch to new satellite broadcaster Sky Sports led to the glitz and glamour associated with the revamping of darts as a 21st century sporting event.

Away from the oche, Waddell worked with legendary interviewer Michael Parkinson at Granada in the 1960s. He devised a boys' own adventure series for ITV, and later wrote the sport-based BBC children's programmes Jossy's Giants and Sloggers, receiving a Screenwriter's Guild nomination for best scriptwriter for the latter.

He won a Bafta for his work on a 1992 documentary and authored 11 published books, including biographies of famous darts competitors John Lowe, Jocky Wilson and Phil Taylor.

That was Waddell in his own words. Mouth-messing, tongue-twisting, brow-furrowing, brain-addling commentaries of depth, colour, insight, cross-cultural, cross-pollination complexity.

Many have gone down in sporting folklore, as memorable as they are: "When Alexander of Macedonia was 33, he cried salt tears because there were no more worlds to conquer... [Eric] Bristow's only 27."

"As Freud said to Jung in Vienna, you can psych up too much for a darts match."

"If we'd had Phil Taylor at Hastings against the Normans, they'd have gone home."

It was bowel cancer, first revealed in September, that was the only thing that could silence him. Eleven months battling before the disease finally won. A sporting world bereft of one of its most colourful and cherished commentators.

A Twitter post from May, reflecting on his illness, sums up the character of Sid Waddell, the man darts will now have to endure without: "After 236 days of chemo for my problem, bits of hair falling out... mind, will save a fortune on shampoo, and it will grow back!"