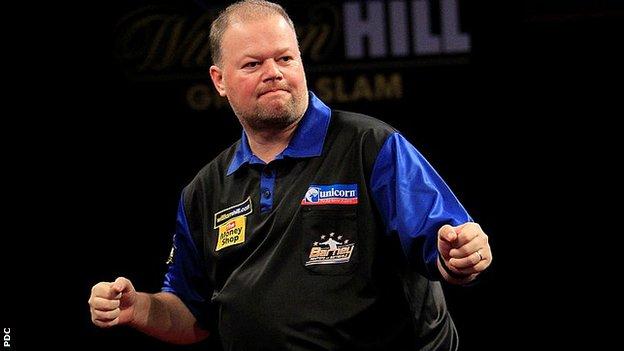 "It's amazing. I'm emotional. It's hard to find the words to describe this feeling," said the 45-year-old.

He had earlier beaten Andy Hamilton, runner-up at the last World Championships, in the semi-final.

"I've put a lot of effort in this week and it's gone great for me," added van Barneveld.

He said: "I've played well this week and it feels very good for me to reach another final.

"There can only be one winner though and Raymond was the better player. He deserved to win.

"I want to keep this going now in the future tournaments and I'm looking forward to the next events now. I'll be back."