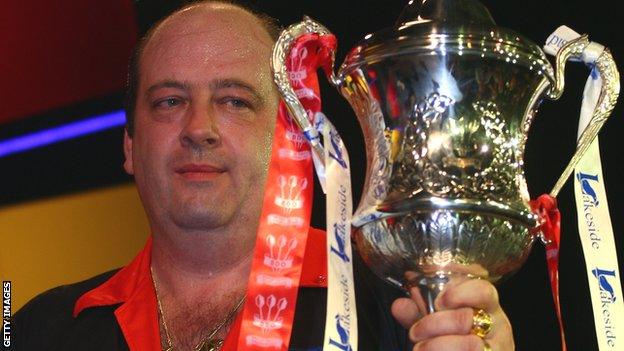 Former world darts champion Ted Hankey has been ordered by doctors to take a long rest after enduring a mild stroke.

But, after initially being diagnosed with a bad chest infection, tests have shown that he had suffered a transient ischaemic attack (mini-stroke).

"Ted will having six to eight weeks' rest," said his agent Dave Stevenson.

"No darts at all. Start again next year if given the all clear by the doc," said Stevenson on Twitter.

"Ted had a transient ischaemic attack. The symptoms are that the face may fall on one side, causing mouth or eye to droop, may not be able to raise arms due to weakness, may have slurred speech, sudden loss of vision, dizziness, balance and co-ordination problems.

"These are some of the things Ted was going through. And he would like to say a huge thank you for the kind comments he has received."

Telford-based, Stoke-born Hankey, the man they call 'The Count', is now effectively ruled out of the qualifiers for the 2013 World Championship.