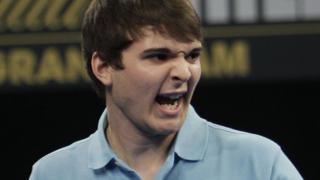 James Hubbard tells BBC Radio Norfolk he has butterflies in his stomach ahead of his PDC World Darts Championship debut.

However, the 20-year-old says playing in the event is "something you dream about as a kid" and he is undaunted about playing in front of a big crowd.