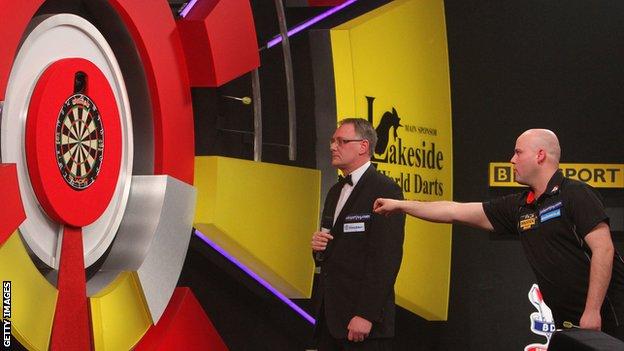 The BBC has extended its commitment to screen the British Darts Organisation's World Championships until 2016.

The BBC has broadcast every BDO World Championship since 1978.

However, since 1994 there have been two rival world championships, with the Professional Darts Corporation version screened by Sky Sports.

"The World Darts Championships are an important part of our sports rights portfolio," said BBC director of sport Barbara Slater.

"We look forward to bringing our audiences this great tournament through to 2016."

BDO chairperson Sue Williams said: "This is wonderful news for the BDO, its players and the millions of darts fans who tune in to watch the BBC's outstanding coverage."