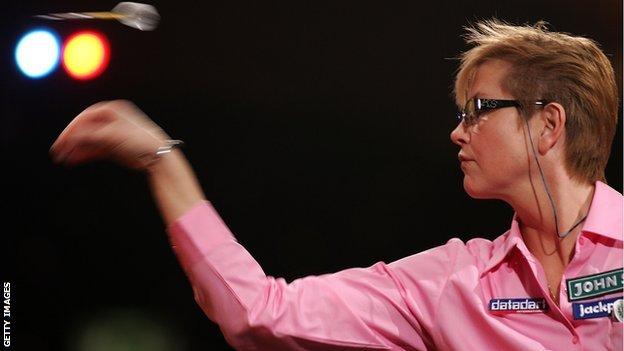 Many of the world's leading darts players will contest the 28th Isle of Man International Darts Festival, which starts on Thursday.

Francis Hoenselaar claimed her fourth ladies title with a 4-3 victory over the defending champion Deta Hedman.

The line-up will include several world champions, leading internationals and county players.

Valuable ranking points will be available to help towards a place at the World Championships.

More than 1,000 darts players and fans are expected on the island for the event.