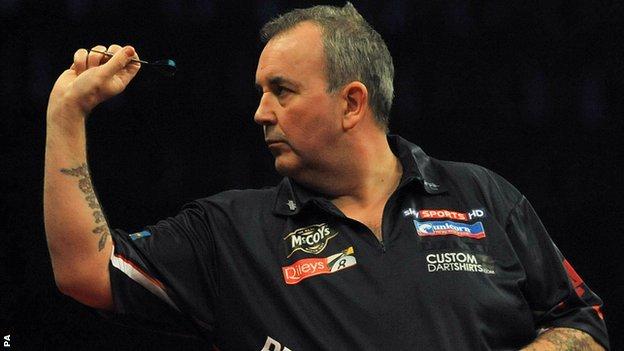 After taking the first leg with a 120 checkout, world number one Taylor went on to dominate the rest of the final.

Taylor is enjoying another prolific season, having already won a 16th world title, the UK Open, the World Matchplay and World Grand Prix so far in 2013.

He had breezed past James Wade in his semi-final, while 28-year-old Lewis progressed from the last four in a deciding leg against Raymond van Barneveld.

The Masters, a new event in the Professional Darts Corporation calendar, is contested by the top 16 players in the world rankings.

Van Barneveld is the defending champion for the next major tournament, the Grand Slam of Darts, which starts in Wolverhampton on Saturday, 9 November.