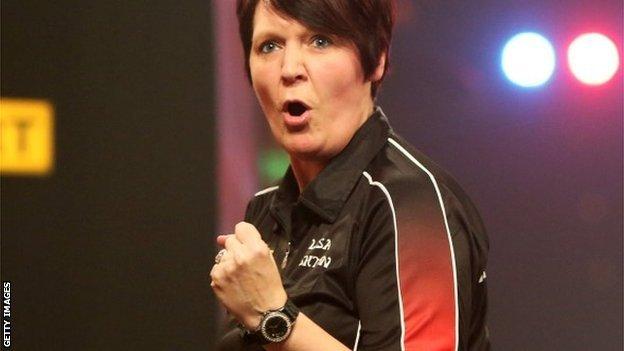 Lisa Ashton came from two sets down to win her first world title with victory over fellow Englishwoman Deta Hedman.

Top seed Hedman raced through the first two sets and needed just one leg for victory at 2-1 up in the third set.

Ashton hit back to win the next five legs to level the match at 2-2 and then won the first leg of the deciding set.

World number one Hedman briefly rallied to take the second leg of the fifth set but Ashton hit double six to win the third leg and double 10 for the title.

Earlier on Saturday, Ashton came from a set down to beat three-time champion Anastasia Dobromyslova 2-1 in their semi-final.

The Russian missed six darts for the match and was made to pay as Ashton hit double 18 to reach the final.