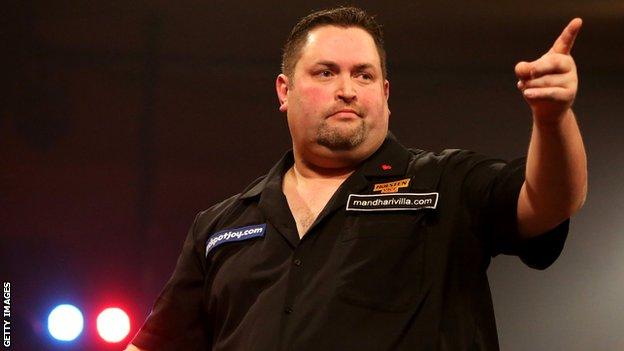 The Dutchman had been leading 4-2 and then trailed 5-4 before Norris found double four to seal the win.

Bunting cruised through in his semi-final against Green.

The 28-year-old from St Helens lost just one leg in winning the first two sets but Green hit back to win the next three legs to take the third set.

However, 39-year-old Green won just one leg in the next three sets as Bunting raced 5-1 ahead and then came from two legs down to win the seventh set.

Neither Bunting nor Norris have won the tournament before.