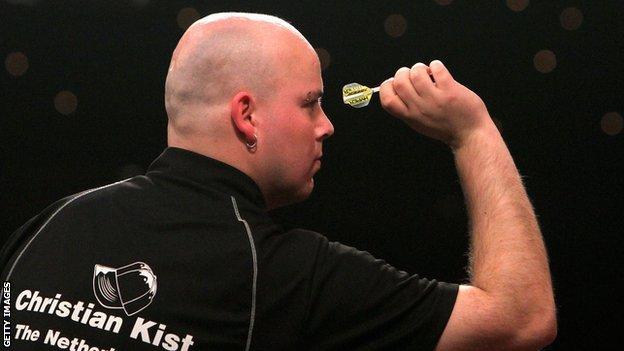 Kist, 27, won the 2012 title at the Lakeside but lost in the first round in the past two years.

He has entered the PDC's Qualifying School event, which begins in Wigan on 15 January, bidding for his tour card.

Another former BDO world champion, Ted Hankey, is amongst the entries after losing his PDC tour card.

Also in the field are former PDC major winners Peter Manley and Peter Evison, along with Australian Kyle Anderson, who hit a nine-dart finish at the World Championship in December.

All four semi-finalists from this year's BDO World Championships - Jan Dekker, Robbie Green, Alan Norris and winner Stephen Bunting - are offered automatic PDC tour cards, but decisions on acceptance have not yet been made.