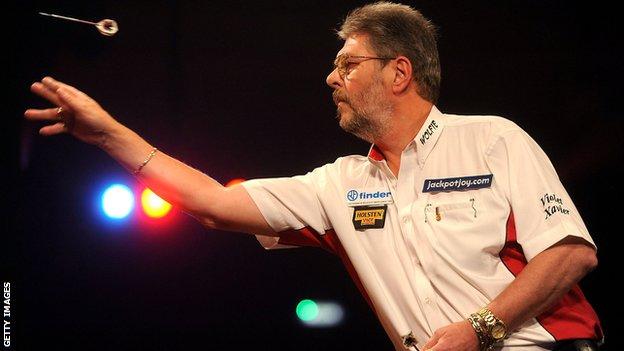 Reigning champion Stephen Bunting will not defend his title after following his first BDO world title.

The four-day festival begins on 6 March in Doubles, with Alan Norris and Ted Hankey among Adams' main rivals.

Russia's Anastasia Dobromyslova will be hoping to retain her ladies title.

But she faces tough opposition from Lancashire's world champion who Ashton beat in this year's world final, on the Manx stage.

The tournament also gives island-based players an opportunity to test themselves against the world-class players in both singles and doubles.