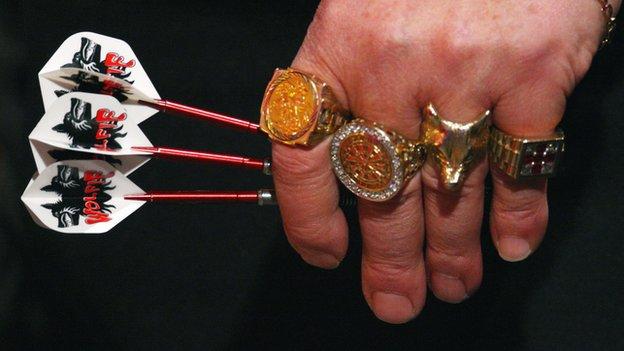 Many of the world's leading darts players will contest the 29th Isle of Man International Darts Festival held in Douglas this weekend.

Reigning champion Stephen Bunting will not defend his title after following his first BDO world title.

The four-day festival began on Thursday with Lakeside runner-up Alan Norris and Martin Adams amongst the favourites.

Russia's Anastasia Dobromyslova will be hoping to retain her ladies' title.

But she faces tough opposition from Lancashire's world champion who Ashton beat in this year's world final, on the Manx stage.

In the men's draw, former world champions Scott Waites and Ted "The Count" Hankey, a previous winner of the island tournament, will also be in contention.

The tournament also gives island-based players an opportunity to test themselves against the world-class players in both singles and doubles.

Valuable ranking points will be available to help towards a place at the World Championships.

Tournament director Les France said: "The island has a wealth of darting talent - both men and women. This festival of darts gives them the opportunity to test themselves against some of the world's top players."

More than 1,000 players and fans are expected on the island for the event.

The finals will be played on Sunday afternoon at the Villa Marina's Royal Hall.