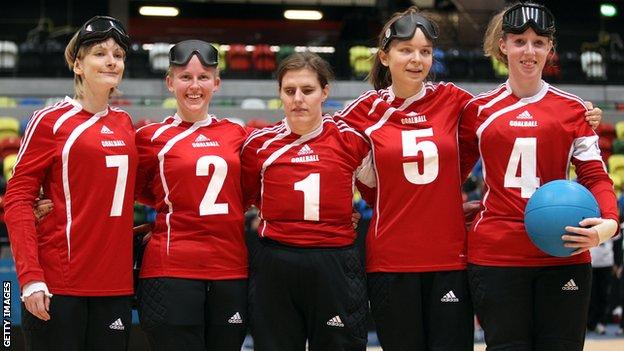 Norwich teenager Amy Ottaway is keeping her fingers crossed that she will make Britain's goalball team for this summer's Paralympics.

It was confirmed last week that the three-a-side sport would be part of the event for the first time in London.

And Ottaway, 18, should learn whether she has made the team in May or June.

"Words can't describe it, it's the best feeling. A Paralympics or an Olympics is the pinnacle of any athlete's career," she told BBC Radio Norfolk.

"To have the chance to have it in your own country, so close to your own doorstep, is so much more than a once-in-a-lifetime opportunity."

Sitting volleyball has also been awarded a place in the Games after both teams met the "credible performance" criteria demanded by the British Paralympic Association.

At a recent tournament in Venice, both GB teams finished in the final four and the women won the silver medal.

But BPA performance director Penny Briscoe warned that there was still a lot of hard work to be put in by those hoping to win selection.

Ottaway only began playing goalball in 2008 and first won a place in the British squad two years later.

With London 2012 so close, however, she is taking nothing for granted.

The A level student described hearing about the sport's inclusion in the Paralympics as "the best day of my life by far".

She added: "We all asked for a text because they initially wanted to bring us all together but it was a bit unfeasible.

"So the quickest way was a text so we wouldn't be checking our e-mails every two seconds."