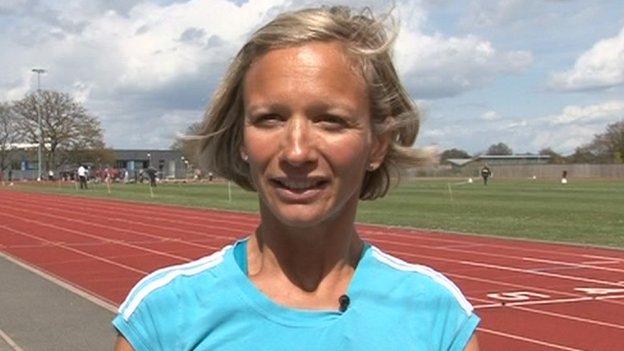 Hove sprinter Sophia Warner set a new T35 100m European record in what was her first race of the season.

The 37-year-old clocked a personal-best time of 16.44 seconds in competition at the K2 in Crawley last weekend.

She told BBC Sport: "It's such a good time. It puts me first in the world. It's what I wanted to be running by September so I'm quite chuffed.

"I'll sit down with my coach and talk about what I need to work on before the Olympic test event next week."

She added: "I've been spending time in Spain and South Africa, and the warm weather does good things for cerebral palsy.

"Since I've been in full-time training I've really noticed the difference.

"For the Paralympics, it's quite a late season. I'm not expected to peak until the end of August."