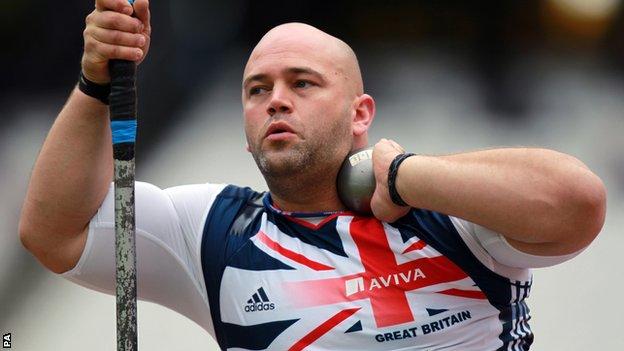 Teenage wheelchair racer Will Smith has described the Olympic Stadium as 'inspiring' after winning the 4x400m relay at a test event this week.

"It was a fantastic experience, a great track and nice to race with some great athletes," he said.

"I know it's just a test event and not the real thing yet but you do get a real buzz from being out there and you can just imagine what it's going to be like when it's full," said Nobbs.

"It's going to be an amazing experience."

The 32-year-old, who finished 10th at the Beijing Paralympics, is relishing the prospect of competing in front of a packed crowd at London 2012.

"I don't think there'll be an athlete that is out on that track today that wouldn't say they want to be here in a few months' time.

Four-time U18 World Junior champion Smith, who is studying for his GCSEs, said the experience was "pretty inspiring".

"I've competed here once before but with no audience so there was no real atmosphere, so to have the atmosphere and to get a real feel for it is great."

Smith also admitted he is feeling the benefit of training alongside six-time London Marathon winner Weir in Norfolk.

"He is great, he is in the best shape of his life at the moment preparing for London 2012.

"Having the opportunity and the experience to train with him and share some ideas with him is second to none. We talk through races and having a tactician with me like that is great."