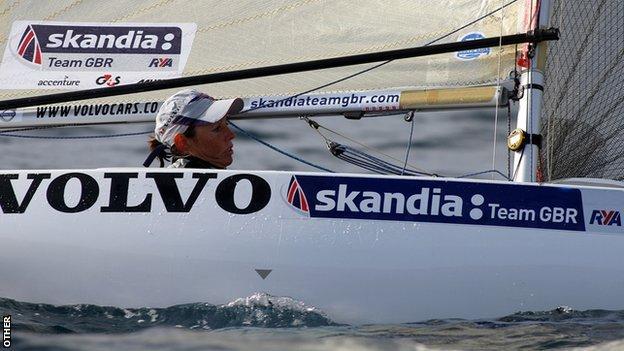 Sailor Helena Lucas has been added to the British team for the London 2012 Paralympics.

The 37-year-old, who competes in the single-handed 2.4mR class, was seventh on her Paralympic debut in Beijing.

She joins the Sonar crew of John Robertson, Hannah Stodel and Stephen Thomas and Alex Rickham and Niki Birrell in the Skud class, whose selection was announced last year.

"It would be amazing to be able to win a Paralympic medal," she said.

"Home advantage will hopefully give us a little bit of a push in the right direction and I think the support that we're going to get with it being a home Games is going to be amazing.

"I was disappointed in Beijing with the result, but I think I learnt some very valuable lessons which I've brought into this campaign and which hopefully will make sure I get a medal this time."

Royal Yachting Association Olympic manager Stephen Park added: "Helena has worked tirelessly in what is the most competitive of the Paralympic sailing events to get herself to be a consistent podium performer and to be challenging the likes of the Dutch and French.

"She was unfortunate to miss out on a podium position at the World Championships in 2012 but she did succeed in 2011 and won two medals at the last two World Cup regattas so I'm confident that she is on track and will deliver a great performance later this summer."