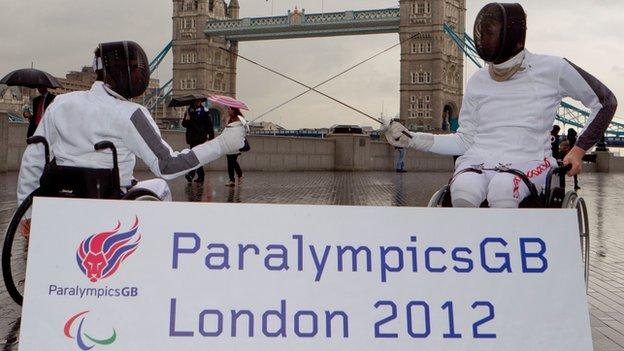 Thirteen-year-old Gabby Down has been named in the ParalympicsGB wheelchair fencing team for London 2012.

Down, who turns 14 later this month, is joined by Gemma Collis and Justine Moore in the epee team.

Tom Hall-Butcher makes his Paralympic debut in the Sabre Class A event while David Heaton, Craig McCann and Simon Wilson are selected in the foil team.

Heaton, who retired after the 2004 Paralympics in Athens, returns for a fifth Games, motivated by the developing programme structure.

"The sport should be congratulated for all the hard work that has gone into getting such a massive increase from the one athlete we had in Beijing," Hunter added.

"It is a testament to the dedication of the athletes involved, the work done by British Disabled Fencing Association and the British Paralympic Association's talent development programmes, that we are in a position to select so many more world-class athletes this time around.

"The selections we are making are not just about London; the work that has been done in the last four years in this sport will continue to pay dividends for years to come."