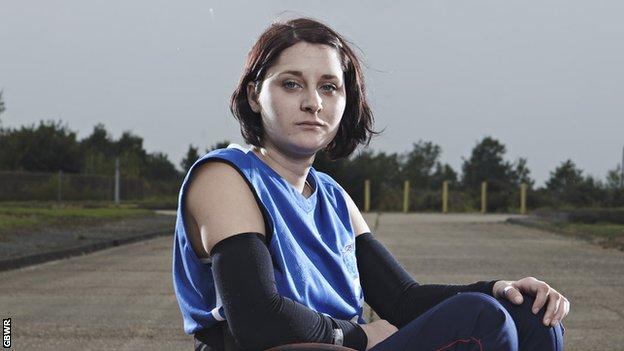 Surrey's Kylie Grimes admits she was surprised to be named in the ParalympicsGB wheelchair rugby squad for the London Games.

The 24-year-old from Farnham is only the second woman selected for a Great Britain squad in the sport.

"I didn't expect it. A year ago I wasn't even training with GB or in contention to be selected," she told BBC Surrey.

"To be at the Paralympics is a pretty amazing achievement."

Grimes only took up the sport two years ago but helped Great Britain to a silver medal at the European Championship in Switzerland last year.

Despite being one of six players in the 11-strong squad who have not played at the Games before, Grimes believes they have a chance of picking up a medal on home soil.

"We're sixth in the world at the moment but we've been playing so much better than that," she continued.

"We've beaten fifth-placed Canada and Japan, who are sitting third. We're a very young squad who have been playing extremely well.

"We're training hard and I believe we have every chance of a medal."