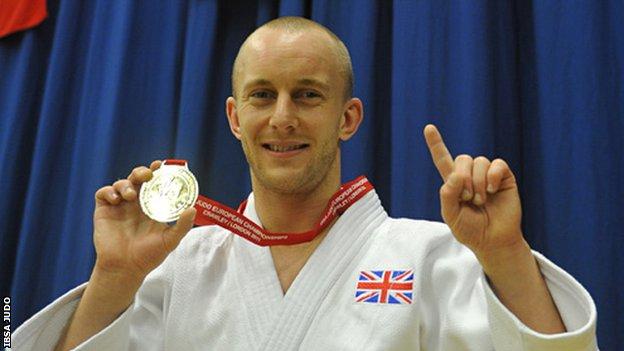 Brighton judoka Ben Quilter says winning a gold medal at the Paralympics would be the highlight of his career.

The world and European visually impaired champion finished fifth at the Beijing Games four years ago.

"For me hopefully this is going to be the icing on the cake," the 30-year-old told BBC Sussex.

"I've had a fantastic career up until now. But there's not many things better than winning a Paralympic Games in your home country."

Quilter, who fights in the Under-60kg category, added: "My goal in my sporting career was to always be the best I could be and keep enjoying it.

"When you strip it right back, it's just another major tournament.

"I'll be preparing and doing the same things I've done over the last few years.

"There are a few different rivals but I'll only have to fight three or four of them so hopefully I'll win on the day."