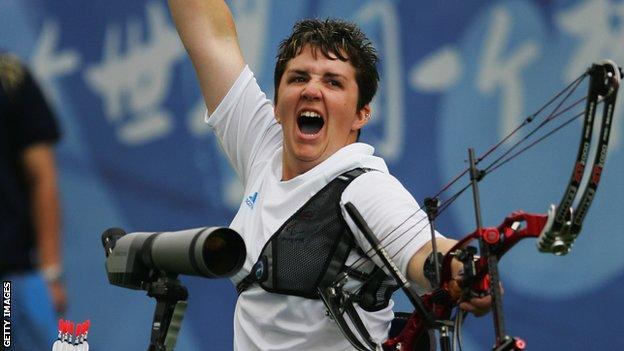 British Paralympic archer Mel Clarke is hoping to improve on her Beijing bronze medal by taking gold at London 2012.

The 29-year-old has secured her place on a 13-strong squad four years after her Olympic debut in China.

"The ultimate goal is to come out with a gold medal," the Norwich-born former world champion told BBC Radio Norfolk.

"Nobody goes to a Paralympics hoping not to come home with a medal. The honour to represent my county on home soil is incredible."

Compound archer Clarke, who carried the Olympic flame for a stretch in Gloucestershire on Thursday, is hopeful she can use previous Games experience to assist her British team-mates.

"This is my second Games and there's a lot more people in the squad now, it's a lot bigger," she said.

"We're a very close team and any experience anyone can share with somebody else is well worth taking.

"But it's a completely different Games, four years down the road and everything's going to be slightly different."