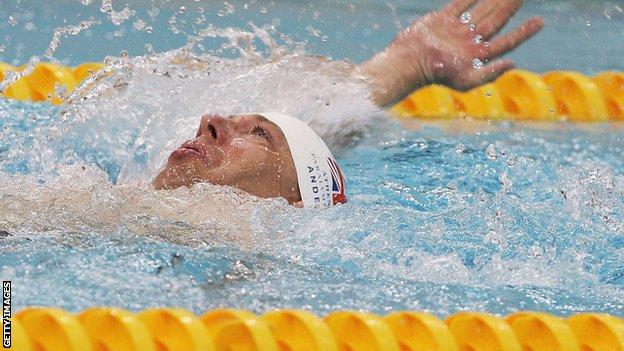 Jim Anderson will compete in his sixth Paralympics after the GB swimming team for London 2012 was finalised.

Anderson, who won four golds in Athens in 2004, was one of 26 nominees to be told they could take part.

But he can compete after the International Paralympic Committee confirmed the number of slots made available for the team.

ParalympicsGB chef de mission Craig Hunter said: "This team is one of the strongest we have ever fielded and it has genuine strength in depth across all 44 athletes.

"I have every confidence in the people we have selected and I am excited to see how all these outstanding swimmers perform in just under 100 day's time."