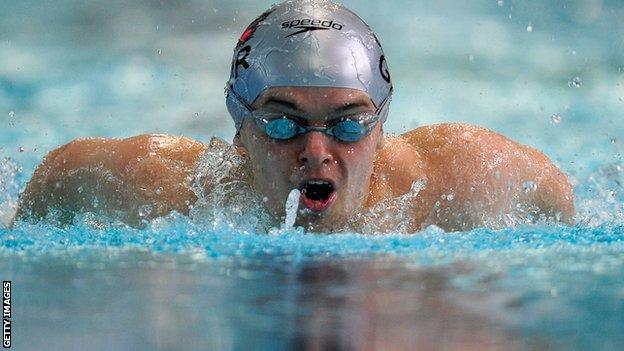 Newquay swimmer Matt Whorwood says he is relieved to finally have been picked for the 2012 Paralympics.

The 22-year-old will be competing in his second Paralympics after winning two bronze medals in the S6 category in Beijing four years ago.

"It's everything I've been working for over the past four years, so to have it all confirmed has made the Games really real now," he told BBC Cornwall.

Whorwood was one of on Wednesday.

"I swam my best at the trials and made the qualifying time, but it's only been recently that the IPC confirmed how many places Britain had," Whorwood said.

"There's a point where you know you should be going, but until it's rubber-stamped there's a little bit of nerves."

Even though he has experienced a Paralympics before, Whorwood says there will be nothing that can prepare him for taking part in front of a home crowd in London.

"The Paralympics is like nothing else, everything from my experience in Beijing was immense," he added.

"The atmosphere having a whole British crowd this time, rather than a predominantly overseas crowd, I can only envisage it being breath-taking."