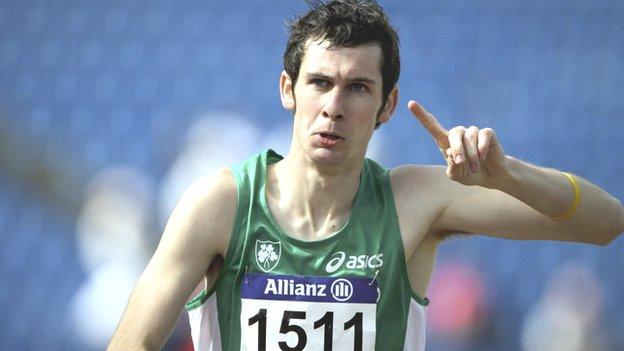 Michael McKillop and Jason Smyth have been named in the 49-strong Ireland team for the London Paralympic Games.

County Down swimmers Bethany Firth and Laurence McGivern will also compete for Ireland in the Paralympics, which start on 29 August.

It is Ireland's largest team since 1996 and preparations being on Thursday with a four-day training camp in Antrim.

Ireland will compete across 10 sports, including shooting and rowing at a Paralympic Games for the first time.

"The performances of the athletes in the qualification phase demonstrate that the performance targets for the Irish team of five medals and fifteen finalists are realistic and achievable.

"We've planned meticulously to ensure the correct environment is in place around each athlete at the Games to facilitate their optimum performance."