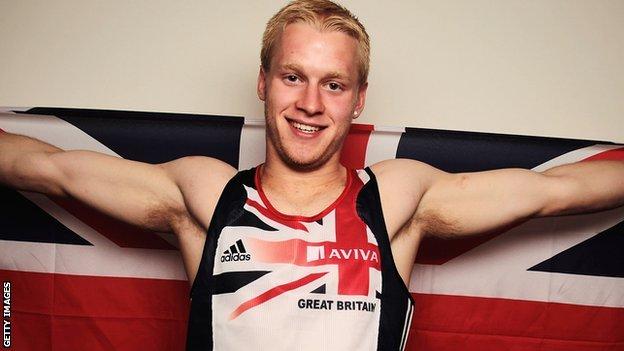 Great Britain sprinter Jonnie Peacock has set a new 100 metres world record in amputee sprinting, at the US Paralympic track and field trials.

His time of 10.85 secs beat those set by both Oscar Pistorius and the 2004 Paralympic champion Marlon Shirley.

Single leg amputee Peacock, 19, was 0.06 seconds faster than the previous record set by Shirley in 2007.

"All I've been asking for is a tail wind and I finally got one," said Peacock after the race.

"This was only my fifth race this year. I've had headwinds for the two decent races I've run," he added.

He later Tweeted: "Thank you so much everyone for the messages. So happy right now even though drug testing took 2 hours..10.85. Look 4ward to London."