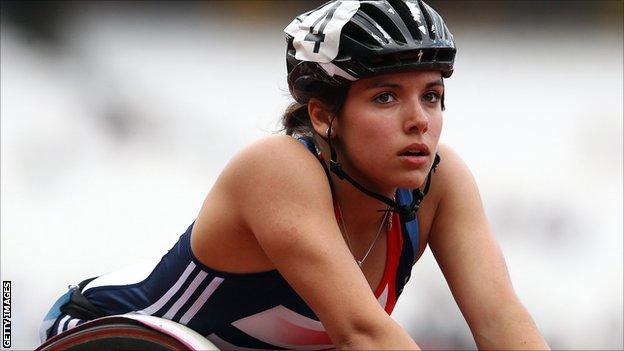 Middlesbrough's Jade Jones has said she will use her London 2012 experience as a learning curve for future appearances at the Paralympics.

"It gives me confidence, but it's my first games and I'm there for experience," Jones told BBC Tees.

"It's scary, because at the Paralympics everyone's a lot more experienced then I am, but I can't wait."

Jones added: "It's my first games, so there's not a lot of pressure on me at the minute.

Despite being the youngest athlete in the Team GB squad, the Paralympian goes into the competition with form.

She broke the British record in the 400m with a time of 55.91 seconds, and has been coached by a three-time 400m Paralympic gold medallist in Tanni Grey-Thompson.

"At first I didn't think I would make it," Jones added.

"But then I went out to America, competed well and broke the British record in the 400m.

"It was a good race, against the best in the world."