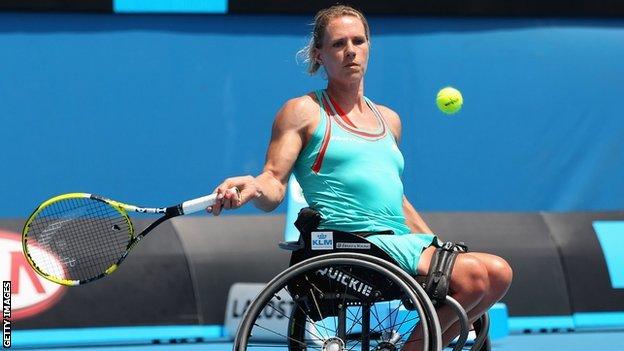 However, Britain's Jamie Burdekin was beaten by Israel's Noam Gershony in the men's quad singles final.

"I am so happy with that result, I've only ever beaten Ronald once before in 11 attempts and I knew I could do it again, but to do it here was fantastic and just ahead of the Paralympics too," said Reid.

Burdekin went down 6-3 6-2 to Gershony, ranked number three in the world.

"I'm obviously disappointed to lose but Noam was the better player and he deserved the win," admitted Burdekin.

"I now have six more weeks to prepare before the Paralympic Games and there is more work to be done."