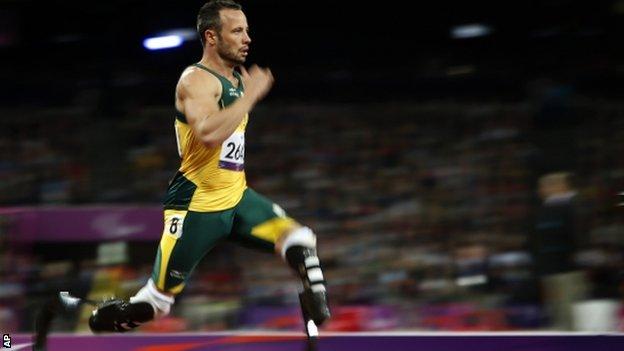 I didn't expect a world record. Hopefully, I can go lower tomorrow

The 25-year-old South African, who competed in the 400m and 4x400m relay at the Olympics, won his heat from lane eight in 21.30 seconds, beating the new mark of 21.88 set earlier in the night by Brazil's Alan Oliveira.

Prior to today, Pistorius's best time in the event was 21.76.

"I didn't expect it at all," said Pistorius, who will compete in the 200m final on Sunday.

"I tapped off well before the line and it makes me very happy.

"I didn't expect a world record. Hopefully, I can go lower tomorrow.

Brazil's Oliveira and USA's Blake Leeper are expected to be Pistorius's closest rivals in the final.

And Pistorius added: "The vibe inside the stadium was just as good as the Olympics - as passionate and energetic."