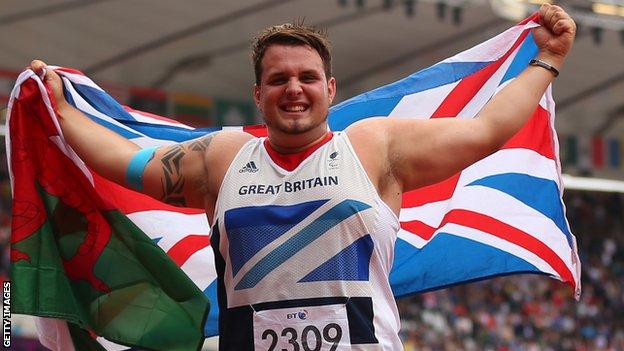 Aled Sion Davies has added a gold medal to his bronze by winning the F42 discus at the London 2012 Paralympic Games.

A throw of 46.14 meters with his final attempt proved more than enough for gold-medal favourite Davies, beating his nearest rival by over a metre.

McLoughlin reached clocked a personal best of 14.48 seconds in the morning semi-final and equalled that time in the final.

And there was similar anguish for Rhiannon Henry as she was only 0.10 seconds from a bronze medal in the S13 100m freestyle at the aquatics centre.