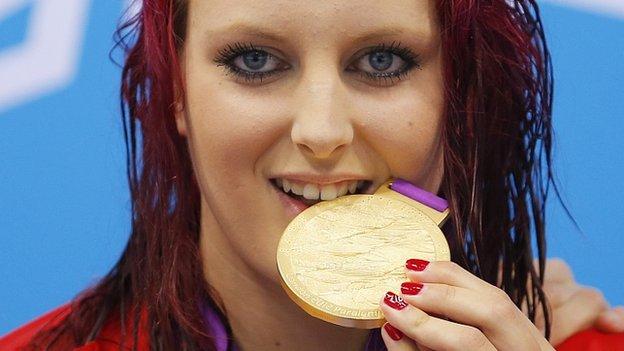 Applegate, who qualified fastest after breaking her own British record in the morning session, was third with 50m to go before a storming final length.

It was my last race so I knew it didn't matter if I collapsed at the bottom of the pool, it's fine

Hannah Russell and James Clegg both won bronze in the S12 100m butterfly.

"I am ecstatic. I didn't think I could do something like that," she said.

"It means so much. I just want to thank my mum and my family and everyone who's supported me. I'm on cloud nine at the moment."

Applegate, who was fourth in the 100m backstroke, added: "At the last turn I could see how far ahead they were and I knew I had to give everything I had. It was my last race so I knew it didn't matter if I collapsed at the bottom of the pool, it's fine."

Russell added bronze to the silver she won in the 400m freestyle, while the 18-year-old Clegg touched out in a close finish to claim third in 1:00.00 after turning at the halfway point in fifth.