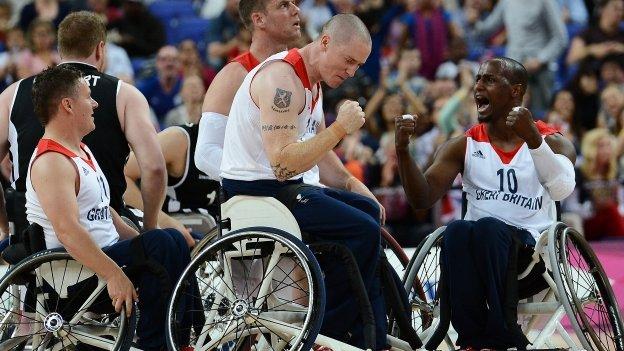 Great Britain's men booked a Paralympics wheelchair basketball quarter-final place with a 71-55 win over Japan in their final pool game.

Japan paid the price for an error-strewn first two quarters at the North Greenwich Arena.

"We were playing such good stuff, it was hard to keep up the intensity," he told BBC Sport.

"We conserved a lot of energy, but anyway, it was another great win for us."

Reigning champions Australia, USA and Canada are favourites for gold.

Great Britain will discover who their quarter-final opponents will be following the conclusion of the pool rounds, later on Monday.