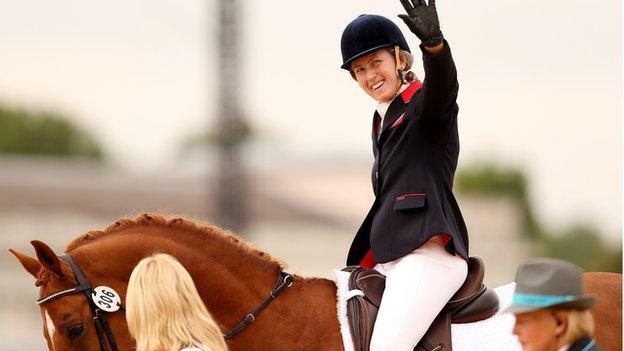 Great Britain's Deb Criddle says London 2012 has been the pinnacle of her 12-year Paralympic career.

Athens 2004 - where she won three gold medals - remains her most successful games, but she told BBC Somerset: "I'm at the top of my career at the moment.

"It tops all the other games. I don't think anyone could have envisaged it."

"The people involved, the supporters we've had - they've really made it something very special."

And she admits she has found it hard to accept that the event is now over.

"Having to send Akilles home without going with him doesn't feel right," added Criddle.

"It was tough at the beginning as we were the first ones to get going and then we were packing up the stable yard while other competitions were still going on.

"That's quite hard to take because you're on such a high and everyone here is ramping it down, in a sense, ready to go home.

"We all want to stay on and be part of the huge celebration."