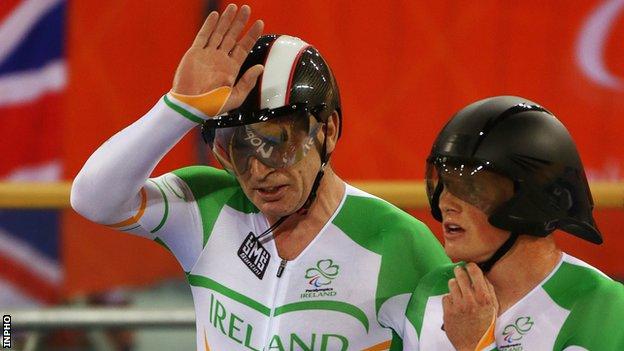 Brown and his sighted pilot Damien Shaw clocked 31:13.00 to secure the medal at Brands Hatch.

The partially-sighted 47-year-old from Portaferry had just missed out on a medal last week when he finished fourth for Ireland in the 4k pursuit event.

He was also ninth in the Men's Individual 1km Time Trial on Saturday.

Brown won two athletics golds for Great Britain in the 800m and 1500m at the 1984 Paralympic Games in New York.

He has competed in five winter and summer Paralympics across a range of sports.