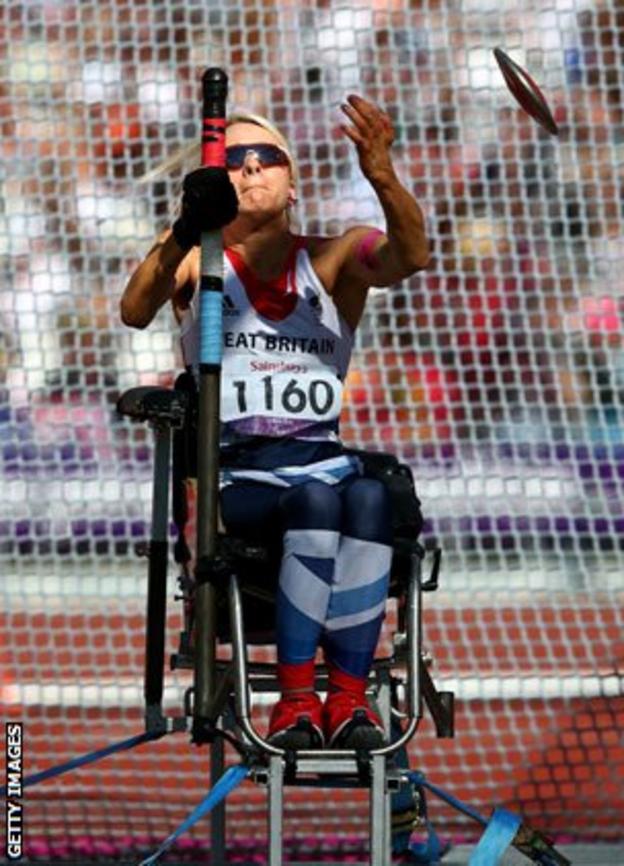 Wales' Josie Pearson has won gold in the F51 discus competition at the 2012 Paralympics in London.

And then Sara Head won a bronze medal as part of the GB table tennis team, beating Italy 3-2 in class 1-3.

Pearson threw 6.58m with her third throw and held on to the lead, leaving the Republic of Ireland's Catherine O'Neill taking silver and Zena Cole of the United States bronze.

Morris, 33, whose family are from Milford Haven in Pembrokeshire, was the first British handcyclist to be crowned double world champion.

Head, who is the current European Champion, was part of the women's team - class 3 - to record a narrow 3-2 victory over the Italians in the bronze medal match.

Henry of Bridgend won two bronze medals in Athens and finished fifth in Beijing and London was her third Paralympic Games.

Kyron Duke set a new personal best of 38.64 metres in the F40 javelin as he finished eighth. Wang Zhiming won gold with a new world record throw of 47.95m.

Pearson and Morris' medals took Wales tally to 13, one short of the pre-Games target set by governing body Sport Wales.