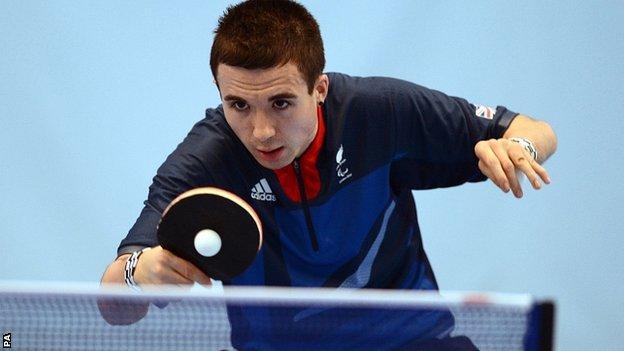 Table tennis player Will Bayley admits he was affected by the crowd during his singles final at the Paralympics.

The 24-year-old had to settle for silver in the class 7 category after losing to Germany's Jochen Wollmert.

He told BBC Sport: "I think the crowd and everything got too much for me. I wanted [to win] too much for them.

It did go wrong a little bit. The last nine times out of ten I've beaten him

"I'm quite an experienced player at this level but I've never experienced anything like that. It was totally different in that final."

The world number two from Groombridge added: "It was tough to take.

"He played really well and I've got to respect that.

"I can learn from that experience and I hope nothing will really faze me again."

Bayley also won a bronze medal in the team event in the class 6-8 category and has predicted the British team will improve their results in Rio de Janeiro in four years time.

"It's amazing to win a team event with the boys because they are so young and have got so much potential," he continued.

"They will be great in Rio. They will go on and do great things.

"It's a privilege to play with these guys."