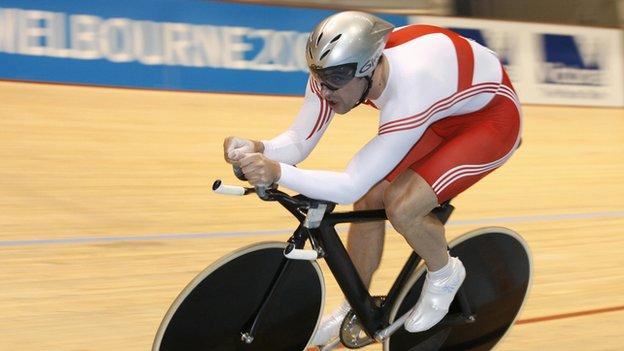 Former Olympic champion Jason Queally is to return to the British Cycling Paralympic squad as a tandem pilot.

The 42-year-old, who won kilo gold in Sydney in 2000, worked with Paralympic champion Anthony Kappes in the build-up to the London Games.

He left the squad in 2010 in order to try to claim a place in the GB Olympic team pursuit squad, but missed out.

Tandem racing at Paralympic level has sighted pilots at the front of the bike guiding blind or partially sighted cyclists around a velodrome or on the road.

Mitchell has made his name as a sprinter on the track, winning a world junior title in 2007 and two European Under 23 team sprint silvers in 2009 and 2011 while Queally is set to target the 4km tandem pursuit event where Britain has struggled for representatives over the last few years.

Both Queally and Mitchell will have to sit out two-year eligibility periods from the date of their last able-bodied event before being cleared to race in Paralympic competition.

It means both would be eligible for the 2014 Commonwealth Games in Glasgow which will feature tandem sprint and kilo events.