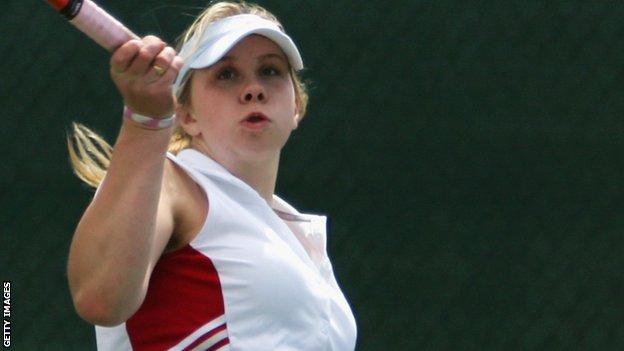 Wiltshire wheelchair tennis player Louise Hunt says she might have to quit the sport because of a lack of sponsorship.

The 21-year-old competed at the London 2012 Paralympics but fears she may not make it to Rio de Janeiro in 2016.

"It looks like I won't be able to last too much longer unless I find something," she told BBC Wiltshire.

"A lot of Paralympics sports are having a similar problem - a lot of our funding has been cut."

However, the Swindon-born player is concerned that may prove to be both her first and last Paralympics appearance.

"I'm really on the look-out for any kind of financial support to get me to Rio," Hunt continued.

"It was such an honour and a privilege to have my first games in my own country. I'm just so happy I made that because as a British athlete that was the one to go to."

"We are investing more in all areas of the programme and we are fully committed to supporting those athletes who have shown us they have the ability to perform at the highest level in the coming years.

"We are very grateful to UK Sport for all of their funding and we are working closely with them to ensure we are best prepared for the Rio 2016 cycle."