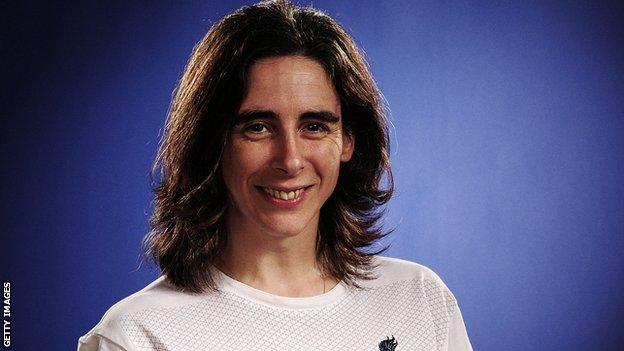 Great Britain sitting volleyball captain Claire Harvey is keen to keep playing despite having all funding withdrawn by UK Sport.

It was one of two Paralympic sports to receive no money towards Rio 2016.

"Certainly it felt like the end of the world," she told BBC Radio Kent. "It's a real shame.

"The true feeling of an athlete is when you get knocked down and the way seems impossible, you find that strength to get up and I hope that's what we do."

The Ashford athlete added: "We're going to try to regroup."

UK Sport slashed Sitting Volleyball's funding from £800,000 to nothing after losing all five matches at London 2012.

The decision has been heavily criticised by Lisa Wainwright, chief executive of Volleyball England, and Martine Wright, winner of the BBC Helen Rollason Award for 2012.