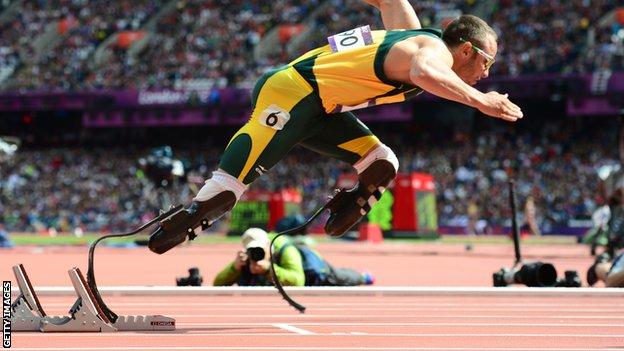 The global governing body for Paralympic sport wants to create a Diamond League-style series of meetings for disabled athletes.

The International Paralympic Committee says the "high-profile" events could build on the success of the 2012 Games.

But he stressed talks were at an early stage.

He said: "At the moment we have a strong proposal and are having discussions with interested parties.

"However, this project is still very much in its infancy, absolutely nothing is agreed nor signed."

The 2012 Paralympic Games in London were deemed to be the most successful ever with some 2.7 million tickets sold for an event at which Great Britain's athletes won 120 medals.