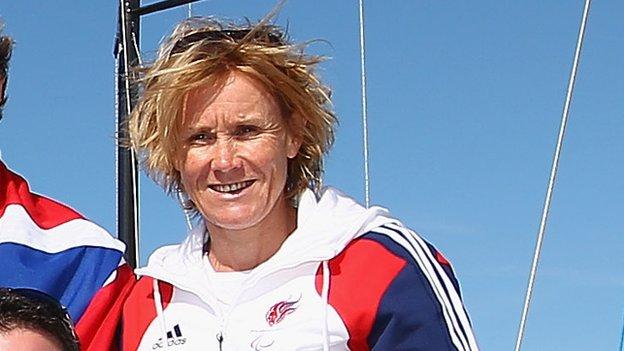 Penny Briscoe has been named ParalympicsGB chef de mission for the 2014 Winter Games in Sochi.

The British Paralympic Association performance director was a deputy chef de mission for the team at the London 2012 summer games and Vancouver 2010.

She has been director of performance for the BPA since 2002 and Sochi will be her sixth Paralympic Games.

"It is an honour and a privilege to be a chef de mission," said Briscoe, a former international canoeist.

"I'm looking forward to bringing all my experience to this new challenge of leading a ParalympicsGB team at a Games.

"We know that working in Russia will be challenging, potentially more so than at either London or Vancouver, but this is where I believe the skills and experience I have developed over seven Paralympic and Olympic cycles will prove beneficial to the team.

"My ambition is that at Sochi, every athlete and staff member will have the mental and physical toolkit and the support framework to thrive in the Games environment and we already have detailed plans in place to develop those skills and that support."

The winter Paralympics begin on 7 March 2014.

BPA chief executive Tim Hollingsworth added: "Separating the chef de mission and chief executive functions worked extremely well in London and we were keen to replicate the model for Sochi. While a much smaller team than in London we are committed to providing the same world class support.

"Penny is one of the most experienced people working in Paralympic sport in the UK and knows the environment incredibly well, so I'm delighted she has taken on the role.

"As a former athlete herself, she understands all the stresses and strains that the Games can pose, and she epitomises the athlete-centred focus of the work that the BPA does. She has also been at the heart of all our Sochi planning and is passionate about leaving no stone unturned in our performance preparations."