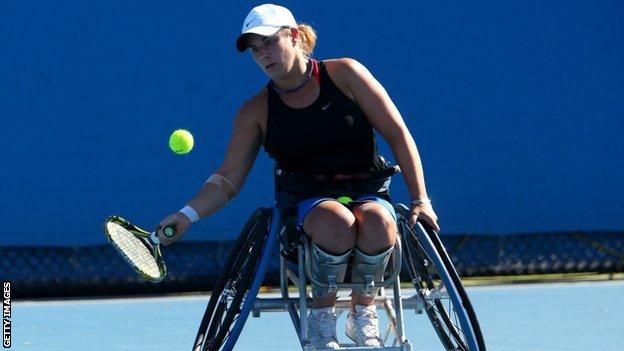 He will next face world number one and defending champion David Wagner on Thursday.

The Briton, the world number seven, recovered from losing the opening set to overcome the player ranked one place below her.

"Had a tough match in windy conditions but very happy to come through," she told Twitter.

Shuker will meet second seed Sabine Ellerbrock of Germany in the last four. The pair met six times in singles in 2012 with the German winning on each occasion.