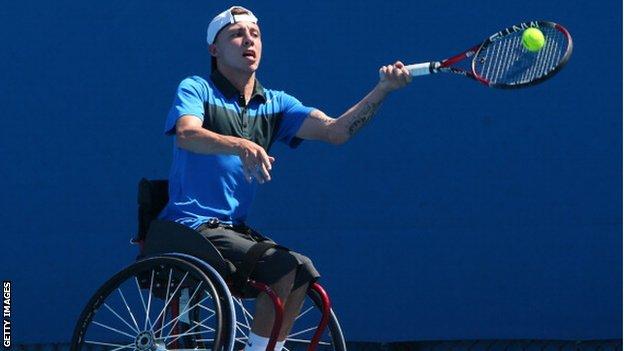 But Lapthorne has a chance of qualifying for the final despite his 7-5 1-6 6-4 defeat by top seed David Wagner in their round robin match.

The 32-year-old and her partner Marjolein Buis did progress to the finals of the women's doubles.

Shuker and her Dutch team-mate beat Ellerbrock and Sharon Walraven of the Netherlands 7-5 6-3.

Lapthorne, who won Paralympic doubles silver with Peter Norfolk in London, beat American Nick Taylor 7-6 (7-5) 6-2 in the first of his round-robin quad singles matches and will next play Sweden's Anders Hard.