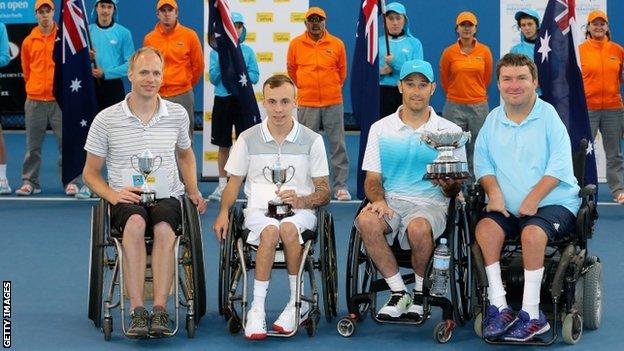 The 22-year-old said: "It's been a tough week, but I got close to Wagner when we played our round-robin match on Thursday so I'm confident going into the final."

But Lapthorne, who won Paralympic doubles silver with Peter Norfolk in London, was unable to defend his men's quad doubles crown with Norfolk.